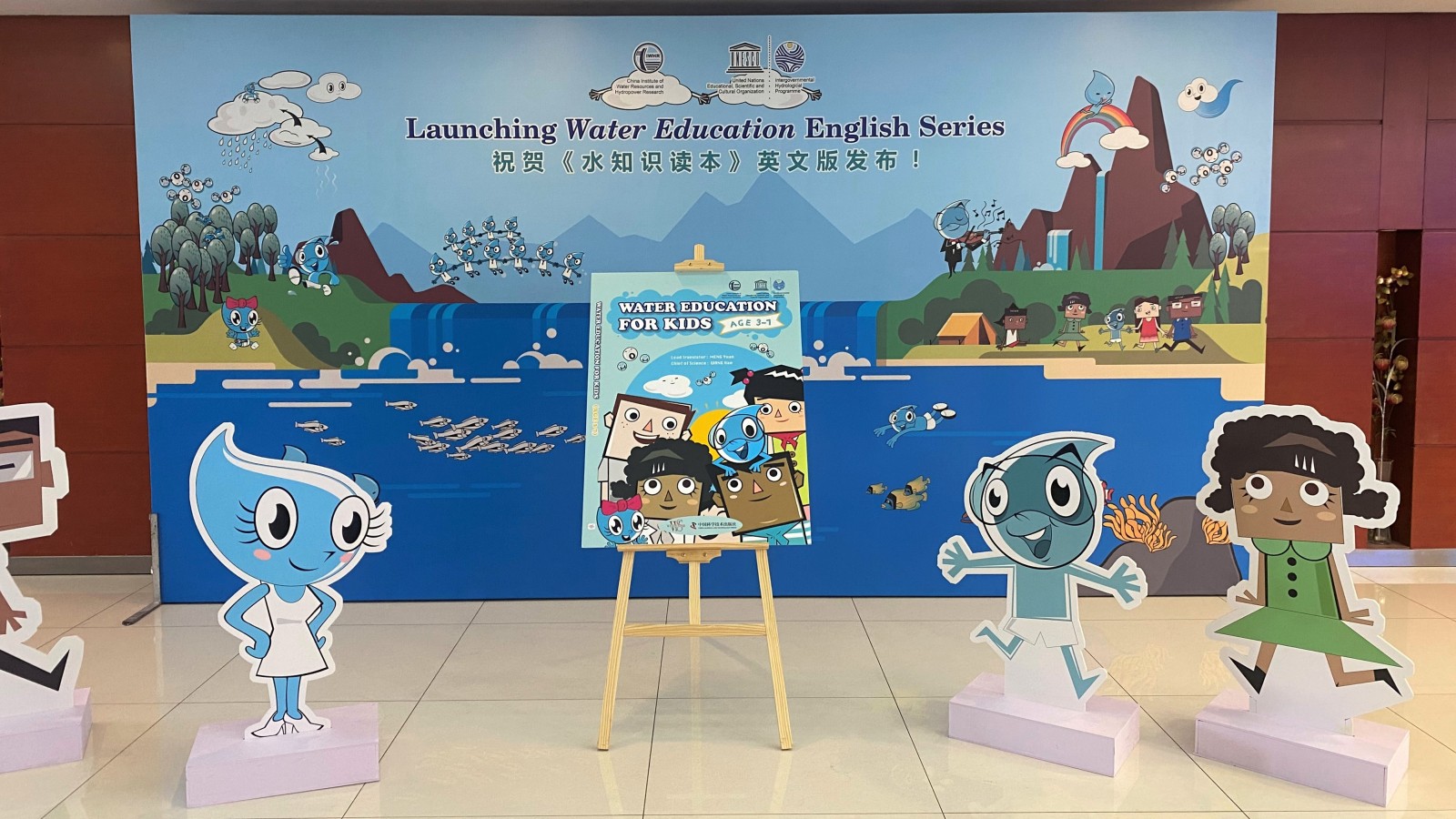 The International World Water Day, 22 March,  has been celebrated every year since 1993 to focus on the importance of freshwater. It  commemorates water and raises awareness of the global water crisis. The core focus of the observance is to support the achievement of Sustainable Development Goal 6: Water and Sanitation for all by 2030.

To commemorate this year's World Water Day, UNESCO, in collaboration with the China Institute of Water Resource and Hydropower Research (IWHR), held a ceremony to officially launch the Water Education English series.  The event brought together key actors of the water sector and environmental groups to highlight the importance of water education.

In 2008, UNESCO worked with IWHR to develop cartoons on water as extracurricular reading materials for school children. The series constructed a fascinating world of facts, figures, anecdotes, experiments, poems, and games. These materials were distributed widely to many schools in various settings (urban and rural) to improve the understanding of water education in China. A decade into this publication, the Water Education Chinese series remains one of the most widely used extracurricular readings on water education. In 2020, UNESCO, through its Nairobi Office, approached IWHR to translate and update these Water Education Chinese Series into English.

The launching ceremony was opened by Ms. Ann Therese Ndong-Jatta, Director of UNESCO Regional Office for Eastern Africa. She emphasized the need for people worldwide, especially in Africa, to acquire water literacy in order to respond to water-related challenges. She gave a brief overview of the work of UNESCO on water, and expressed her expectation for further collaboration in having the series translated into different languages.

Achieving water sustainability is one of the greatest challenges of our time, particularly, during the current global pandemic. Climate and health crisis, ecological degradation, human rights violations, are all water-related challenges.

Giving her special remarks at the session, Ms. Shamila Nair-Bedouelle, UNESCO Assistant Director-General for Natural Sciences, acknowledged the joint efforts of IWHR and UNESCO. “I believe that the vivid stories, animations, and experiments in the series would encourage curiosity, and foster awareness on water.”

Introducing critical thinking and problem-solving approaches in water education, especially at the basic level, is fundamental to building the capacities of students to participate in identifying and resolving water-related challenges.

The Chinese Vice Minister of Water Resources, Mr. Tian Xuebin, noted in his address that the Water Education series is a combination of culture and education, which has won the hearts and minds of the youth in China. This plays a positive role in raising their awareness in cherishing and caring for water resources. The launch of the Water Education English series fully reflects the common will of the Chinese government and UNESCO in making positive contributions to global water education.

To promote human-water harmony and the safe use of water resources, the onus lies in people, and the essence lies in the transformation of human behavior and attitude towards water use, which requires the promotion and collaboration of all aspects of society, especially starting from the youth.

Following this launching ceremony, UNESCO will roll out training for school teachers in partnership with water-related stakeholders in Africa.