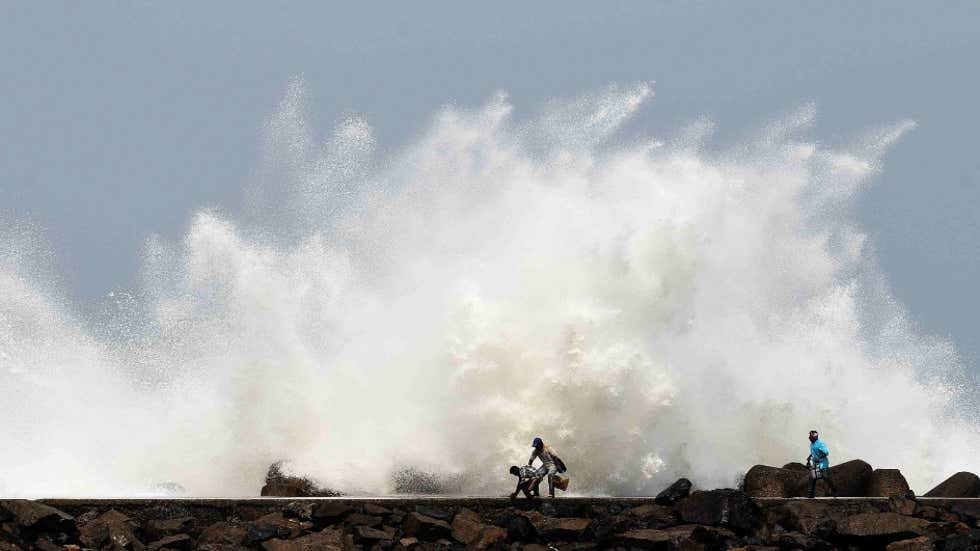 The year 2020 will, without a shadow of a doubt, be etched into the collective memory of human society for a long, long time. It began with the novel coronavirus emerging out of China’s Wuhan and reaching all corners of Earth. It's only now, with the year coming to an end, that the world has begun its retort against COVID-19 through vaccination drives.

While a majority of the global population remained indoors all year to escape the clutches of the pandemic, natural disasters were out in full force, confronting many parts of the world with a catastrophic double whammy.

Here are five such major natural calamities from across the world in the bleak year that was 2020: 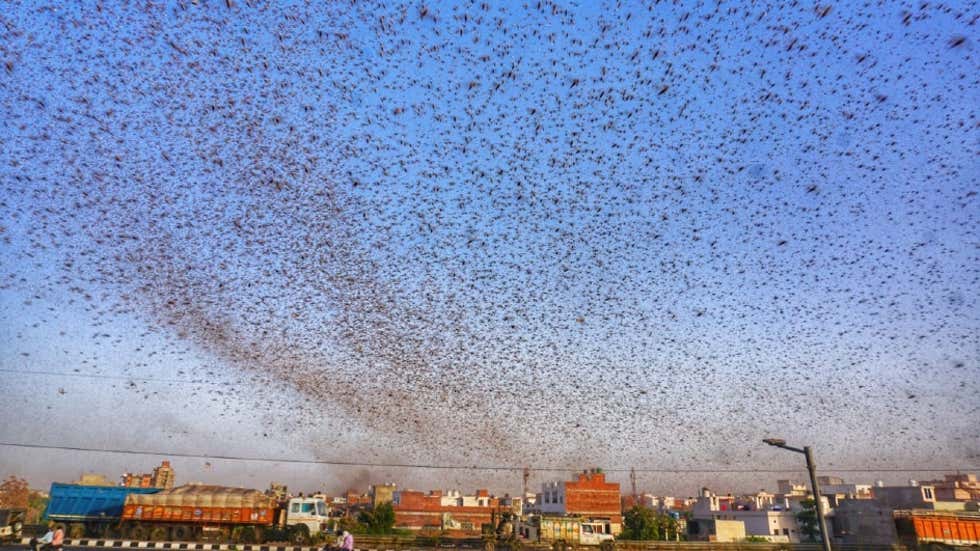 Swarms of locusts invade Jaipur, Rajasthan on May 26, 2020. (Bhagirath/BCCL Jaipur)

The 2020 locust outbreak was the worst Kenya has seen in 70 years, and the worst in 25 years for countries like Ethiopia, Somalia, and India. It began in May 2018, when Cyclone Mekunu produced heavy rains over a vast, unpopulated desert in the southern Arabian Peninsula, thereby allowing locusts to breed there undetected. Thereafter, Cyclone Luban in October 2018 exacerbated the locust breeding, enabling three generations of locusts to mass-reproduce over a nine-month period. This led to an 8,000-fold increase in the locust population across the Arabian desert.

These mega-swarms then began migrating as per the wind direction, and by April 2020, the aerial armies had successfully invaded 23 countries—African nations like Ethiopia, Kenya, Somalia, Uganda; Arabian countries like Yemen, Saudi Arabia; Paraguay and Argentina in South America; and South Asian nations such as Iran, Pakistan, and India. 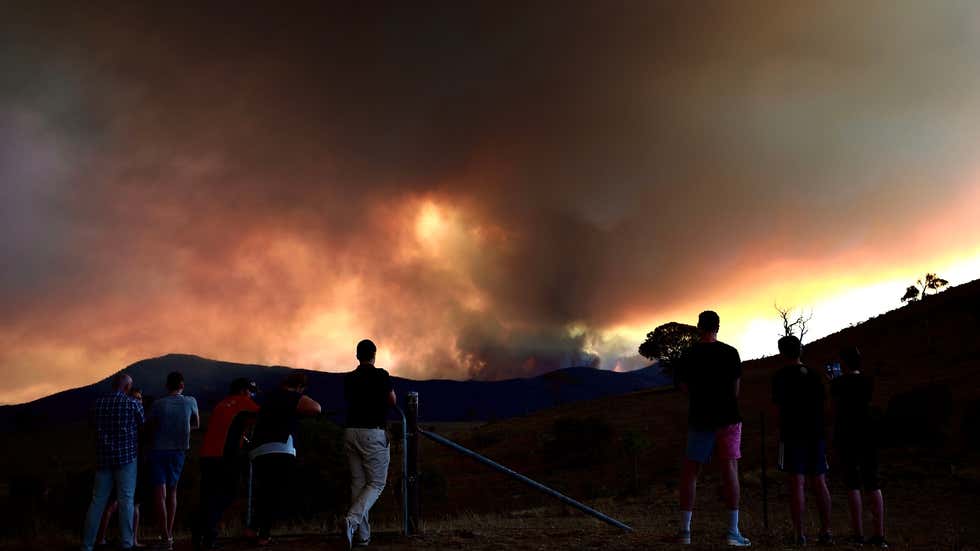 People look at a bushfire at the Namadgi National Park in Canberra, Australia on January 28, 2020. (Chu Chen/Xinhua/IANS)

Bushfires in Australia tend to be a regular and widespread occurrence. However, the fires witnessed on the continent last summer—towards the end of 2019 and the beginning of 2020—were unusually intense and far more destructive, earning this bushfire season the name ‘Black Summer’. While both natural and manmade causes started these fires, factors like high temperatures, drought conditions, high fuel load (accumulation of fallen bark, leaf litter, small branches), and global warming combined to enhance this disaster.

These raging bushfires led to tremendous destruction across the eastern half of the country, burning an estimated 18.6 million hectares of forests, destroying over 5,900 buildings, and directly killing at least 34 people. A further 445 fatalities were caused due to smoke inhalation, and 65,000 people were displaced, as this disaster affected nearly 80 per cent of Australians one way or another. 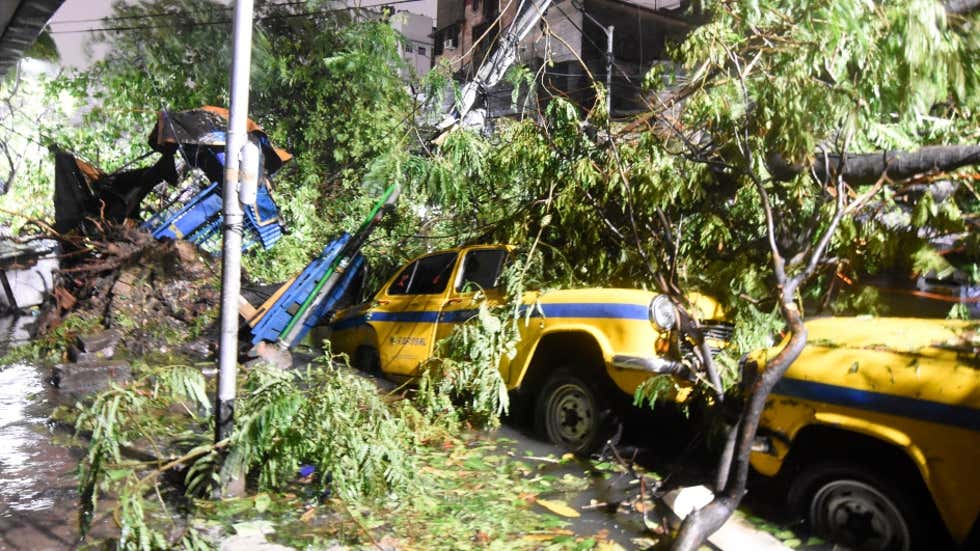 The year 2020 was another active year in terms of cyclones in the North Indian Ocean, with nine depressions forming in the region and five of them intensifying into cyclonic storms and more. Together, these systems caused damage worth $15.78 billion (one lakh fifty-seven thousand crore rupees), and killed about 269 people.

Among these, Amphan—the first super cyclonic storm to have formed in the Bay of Bengal since the 1999 Odisha cyclone—was one of the strongest cyclones to hit India, while also being the costliest cyclone ever recorded in the North Indian Ocean in terms of damage caused.

A few months later, Cyclone Nivar became the second-most destructive cyclone to hit India in 2020, as it made landfall over Tamil Nadu in late November and caused damage worth $600 million (four thousand crore rupees), killing 14. Other cyclones, namely Nisarga, Gati and Burevi, did cause significant local impacts. But, fortunately, the damages were not as high as Amphan and Nivar. 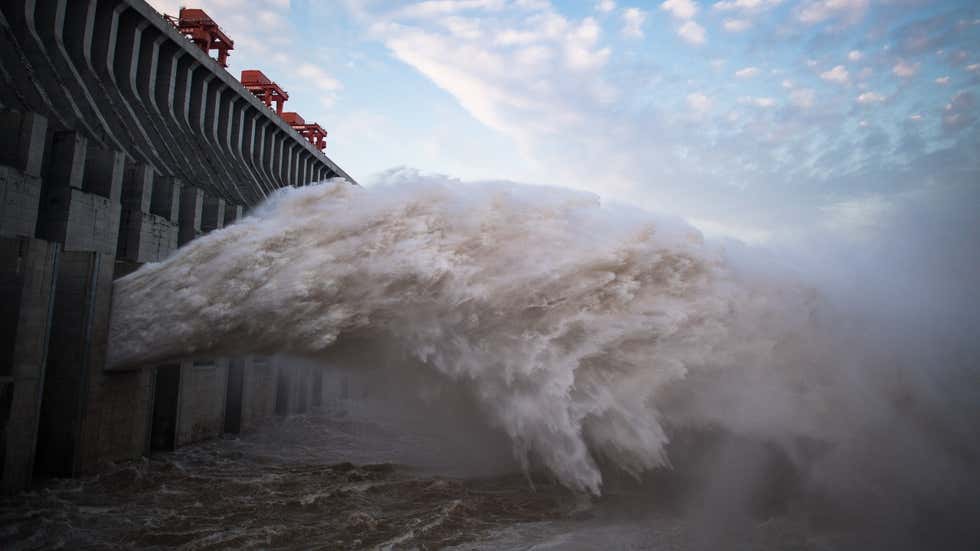 Southern China, particularly the Yangtze basin and its tributaries, was affected by severe floods this year, as heavy rains wreaked havoc across the region during the rainy season between June-September. This disaster also extended to central and eastern China during July, effectively creating the worst flood situation the region has experienced since at least 1998. A total of 443 rivers were flooded nationwide, with 33 of them swelling to the highest levels ever recorded!

As per the China Meteorological Administration (CMA), a spike in rainfall activity—caused by climate change-induced rise in vapours emergence from the Indian and Pacific oceans—led to the flooding. Furthermore, anthropogenic factors like the reclamation of lakes and wetlands, urban development, and mass-disappearance of lakes also helped escalate the events.

By August, the floods had killed at least 219 people across the country, affected about 63.46 million people, and damaged 54,000 houses, 76 key national cultural relics, and 187 provincial cultural heritage sites. Overall, the disaster caused a direct economic loss of 178.96 billion CNY.

The destruction in China aside, the release of water from these swollen rivers may also have contributed to the flooding that occurred in adjoining India’s northeastern state of Assam during this period. 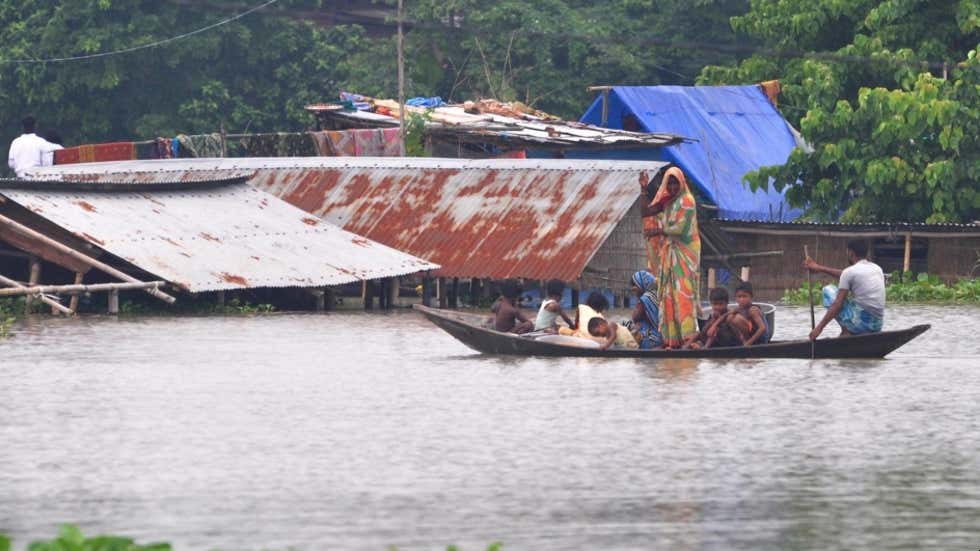 Monsoon floods are a common occurrence for northeast India. But, the year 2020’s Indian monsoon season was particularly difficult for Assam, as the state remained constantly flooded due to persistent spells of heavy rainfall and above-average seasonal precipitation in the region.

The initial flooding began with heavy showers in May, and it wasn’t until October that the statewide situation began to improve. By then, however, the floods had already affected over 50 lakh residents across 30 districts and 5,474 villages, killed 123 and forced over 1.5 lakh people to seek refuge in 627 relief camps and 1662 relief distribution centres set-up by the Assam State Disaster Management Authority (ASDMA). The floods also induced landslides, which further claimed 26 more lives.

Floods also exacerbated the spread of novel coronavirus in Assam, with the state recording over 2 lakh confirmed COVID-19 cases in this period. Stagnant waters and lack of access to clean water, hygiene supplies are also believed to have caused a spike in dengue, malaria, and Japanese encephalitis cases.

The inundation and subsequent landslides damaged bridges, government buildings, roads, embankments, and schools while putting at least 2.67 lakh hectares of crops to ruin. The flooding also affected the wildlife within the state, with more than 45,000 domesticated animals forced to flee or be abandoned, more than 150 wild animals rescued from the Kaziranga National Park, and 125 animals in the park, including 12 rhinoceros, succumbing to the floodwaters.