BINGA, Zimbabwe (Thomson Reuters Foundation) - Anyone driving through Binga, in western Zimbabwe, is greeted by a vision of the past dotted along the tarred road: thatched homes built on stilts, two meters above the ground.

The elevated structures - called ngazi - were the traditional homes of the indigenous Tonga people who live in the district until a push for modernity in the 1950s led them to swap the wooden huts for brick homes built on the ground.

Now, as the area experiences increasingly intense droughts and flash flooding linked to climate change, the Tonga and others living near the Zambezi River, along the border with Zambia, are looking to the lessons of the past and switching back to homes on stilts.

Elias Mudenda, a villager from Siachilaba, 50 km (30 miles) from Binga, said that in the past three years 50 families in his community have built ngazi alongside their brick homes. He built two of his own in 2017.

“Today, the ngazi structure is very common along the banks of the Zambezi,” he told the Thomson Reuters Foundation.

Climate experts note that Zimbabwe as a whole is getting hotter. In March 2019, the country suffered five consecutive days of temperatures on average 2 to 4 degrees Celsius above the normal March high of 32 degrees.

During hot weather, the height of the stilt homes and the air flow around them helps keep people within them cool, explained Christopher Tshuma, heritage education officer at the BaTonga Museum in Binga, which promotes Tonga culture.

“The higher you go, the cooler it becomes,” he said, noting that temperatures in the region around Binga can reach a stifling 42 degrees Celsius (108 degrees Fahrenheit).

The elevated huts also protect occupants and their belongings from the flash floods that have become increasingly common in recent years due to bouts of unusually heavy rain that can last days.

“(The Tonga) were very innovative and clever in that they used their natural environment to find solutions to flooding,” Tshuma told the Thomson Reuters Foundation.

Built on poles made from mopane - a strong indigenous tree - ngazi are usually lined with wood, grass or reeds to provide warmth.

The thatched roofs are made of bundles of grass that serve as insulation and are so tightly woven that they make the huts both waterproof and windproof, said Mudenda.

While there is no data on how many stilt homes have been built in Binga over the past few years, Mudenda said many people in the area made the switch because brick houses built on the region’s sandy soils could not stand up to worsening floods.

“Homestead foundations keep shifting underneath our brick homes, causing the walls to crack,” he explained. “Some tried to dig deeper foundations to support their houses, but it was no use.”

Tapiwa Magidi, an exploration geologist with Zimbabwe’s mining ministry, confirmed that flooding and drought are exacerbating the instability of soil in the area.

“During droughts, there is a lack of vegetation to hold the soil together, hence the sandy soils are not strong enough to support strong structures,” he explained. “That’s why you will find some houses cracking or falling down.”

Binga district is known for being arid and dry, but over the past two years the area has been experiencing unpredictable flooding as well, according to Farai Marinyame, acting district development coordinator.

In February, heavy rains displaced more than 200 families and killed one person, as they washed away roads, crops and livestock.

“Communities are still in shock because they were not expecting such a magnitude of rainfall,” Marinyame said.

Some communities around Binga are still in dire need of food aid and shelter, he noted, adding that the Zimbabwean government has offered to relocate the affected villagers to areas on higher ground and build them new houses.

Locals say all the homes destroyed by the floods were traditional brick structures, while all the stilt homes were left standing.

But even if their homes withstood the pounding of flood waters, many villagers still found themselves stranded, noted Gayson Siampongo, project officer for the Basilwizi Trust, a local community development organization.

Poor quality roads washed out and telecommunications were so poor that, in some cases, “villagers (had to) walk 11 km just to access mobile phone networks,” Siampongo said.

Still, paying attention to indigenous knowledge - like the elevated houses - can help keep villagers from losing everything during flooding, said Nathan Nkomo, a director in the Civil Protection Unit.

But “there is the need to blend (indigenous knowledge) with scientific knowledge to come up with suitable infrastructure above the ground and protect communities from flood disasters,” he told Thomson Reuters Foundation in a telephone interview.

Other flood-prone areas could learn from the revival of stilt homes in Binga, said Matilda Mlotshwa, development coordinator for Nkayi district.

Located about 350 km (217 miles) south of Binga, Nkayi also sits on sandy soil where “most buildings shake down when it rains too much,” Mlotshwa told the Thomson Reuters Foundation.

“In Nkayi, we don’t have elevated homesteads like in Binga. But because of recurring flooding there is the need for ngazi-style elevated structures to be built by our communities,” she said. 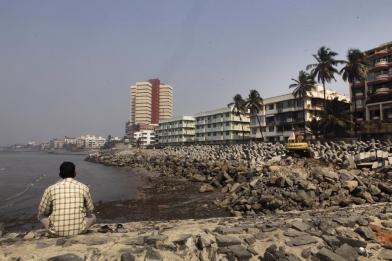 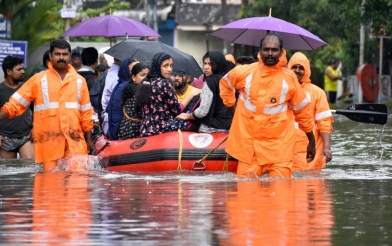 South Asia’s floods don’t have borders – so why does flood governance?