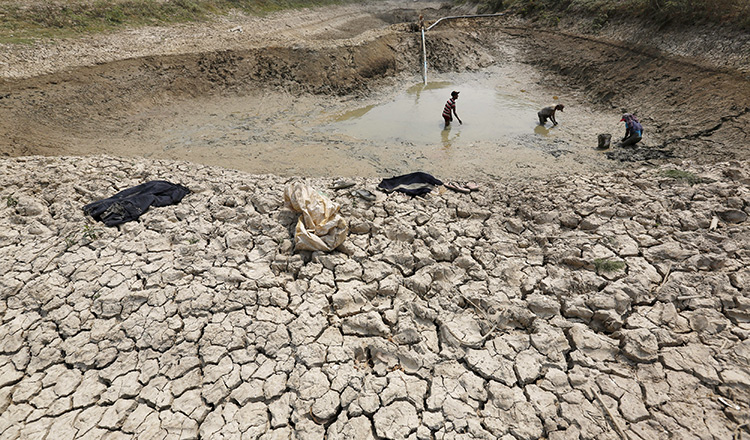 Cambodia is ranked 9th as the most vulnerable countries in the world (1). Every year, millions of Cambodians are affected by flood. Most of them have short or no warning at all before the floods arrive. According to a study conducted by the Ministry of Environment and BBC Media Action in 2011, 36% of Cambodia population did not get any warning or information about the flood that occurred in 2010, while the other 76% received warning during the event and even worse, after it had already occurred. Again in 2013, about 1.8 million Cambodians in most of the country’s 24 provinces and Phnom Penh were affected by heavy rain and flood. Many families were unprepared and uninformed of the intensity and unexpected gravity of the floods, thus blinding them from what would cost their lives and livelihoods. The disaster damageds of 344,300 hectares of rice paddies and 440 kilometers of national road totaled at about US$1 billion (2). The events left two loopholes to be addressed – Limited preparedness that should be undertaken in advance and Limited Early Warning.

In response, PIN has co-developed the user-centered Early Warning System (EWS) 1294 using automated water gauges with the aim to provide timely warning to people living in specific vulnerable areas in the country in advance of an oncoming natural hazard. Using sophisticated technology like hazard-detection, data-storage and warning dissemination, the system will project voice-based alerts and instructions to registered users, in the event of an imminent disaster, precisely once flood once it is detected. Therefore, it allows people to prepare themselves, their families and livelihoods for the upincoming danger. People can easily register to the system using the nationally assigned free call number 1294. The development of EWS 1294 was funded by European Civil Protection and Humanitarian Aid Operations (ECHO), Ministry of Foreign Affairs of Czech Republic, Czech Development Agency (CZDA), Swiss Agency for Development and Cooperation (SDC) and United Nations Development Programme (UNDP), and co-piloted with Open Institute, INSTEDD, and Provincial Committee for Disaster Management (PCDM)., More importantly, PIN is working in and in partnership with National Committee for Disaster Management (NCDM) to ensure the effectiveness of the implementation..

Key to preparedness is the capacity to monitor climate and environmental data on a real-time basis, detect trends and make reliable prediction (3). PIN’s Early Warning System (EWS 1294) plans to do just that by helping the Government of Cambodia fill the loopholes in Strengthening Climate Information and Early Warning System. In 2013, PIN and partners piloted the first voice-d based, mobile phone early warning information dissemination system in 3 flood prone villages in Pursat province, north west region of the country in 2013. Since then, it has expanded and undergone gradual improvements and upgrades. The system is currently active in 21 provinces in Cambodia. Each Provincial Committee of Disaster Management (PCDM) has access to the dashboard, which highlights potential disaster threats and allows them to record and send messages directly to those registered individuals and families in the affected areas.

To build on the effectiveness of the system, PIN stresses on enhancing bottom up approach by establishing links with grassroots sub national level of Disaster Committee for Disaster Management including DCDM, CCDM, VDMGs and other stakeholders, as they play prominent roles in early warning decision making. In this regard, PIN and partners conduct trainings and workshops with the aforementioned committees to enhance their capacities in DRR/DRM. Moreover, as part of the preparedness program, they also discuss about vulnerability factors and groups, and potential disaster in their respective areas, in order to develop contingency plans should disaster occur. Additionally, awareness campaign of the EWS 1294 also supplement the effort. PIN Cambodia’s staff have been actively visiting schools in many provinces across the country to raise awareness and demonstrate the subscription procedure of the system to students and youth in the society.community.

The project has been widely successful. To date, EWS 1294 is benefitting over 309,000 Cambodians living in flood-prone communities are benefitting from EWS 1294, with 21 sensors installed across the country. EWS 1294 has contributed to reducing vulnerability to the consequences of climate change, specifically flood. “Before, we have never had tools to alert people about disasters, but when EWS 1294 was introduced, I can now inform other villages about disasters. When a flood is about to occur, I go to the mosque, and announce the news via the loud speaker to alert my people to protect themselves.” – says Soeu Moey, Village Chef of Doun Toak fishing village, Kampot province. We are pushing forward every year, our goal is to cover 24 provinces (excluding Phnom Penh) by 2021.

1/ Afolake Oyinloye (2016) Thirtheen of the 15 countries most vulnerable to natural hazard are in Africa; https://www.africanews.com/2016/08/26/list-of-countries-vulnerable-to-na...